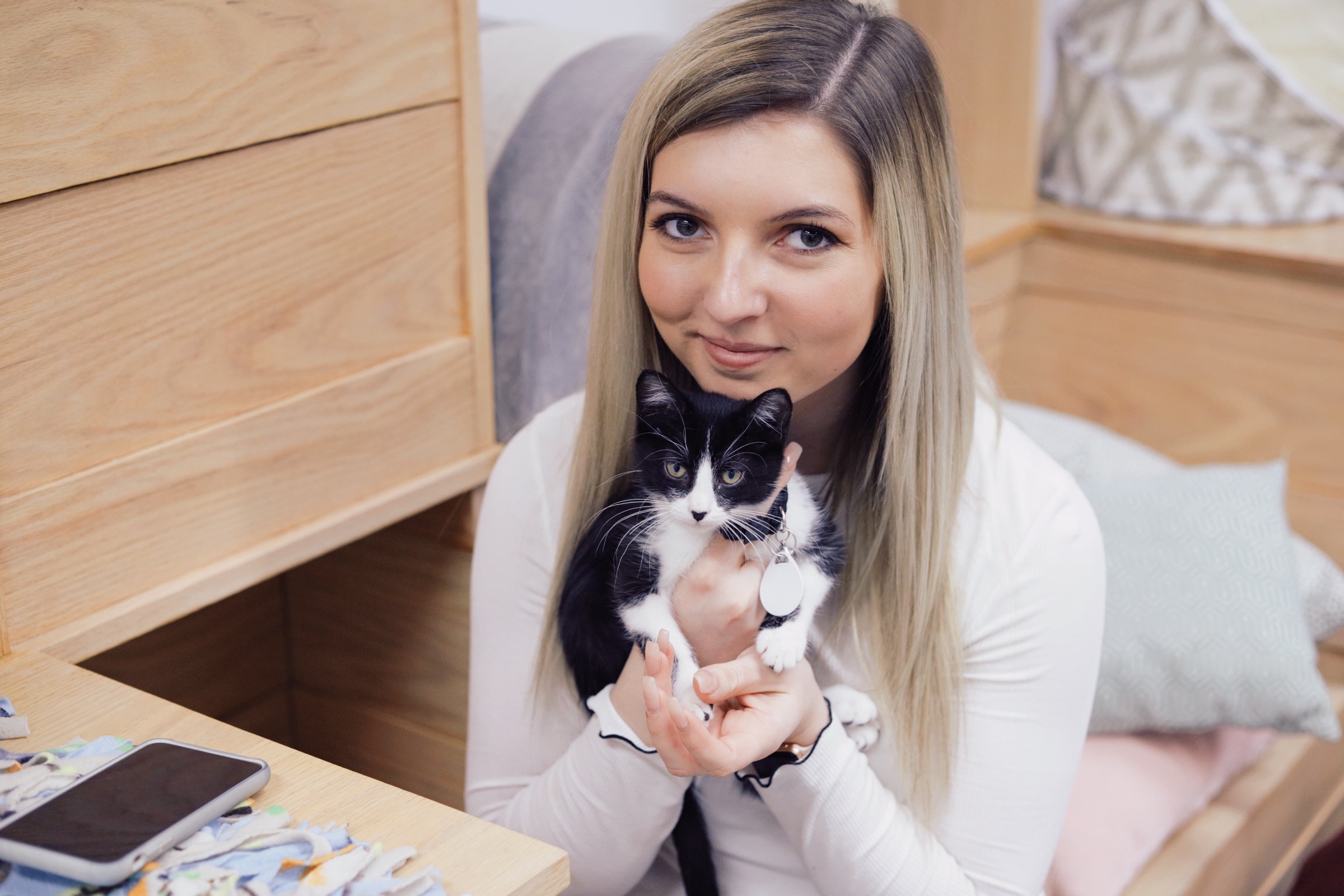 It’s the ONE YEAR anniversary of this little blog and I suppose now would be the perfect time to make my return. One year ago, I started blogging with a whole week of Valentine’s posts. Aw.

I stopped blogging for a while for a number of reasons (explained below). None of those reasons apply anymore, so I’ve run out of excuses. One of my new year’s goals was to get back to creating content and the only thing that was stopping me was me.

Welcome or welcome back. I’ve missed this.

It’s been a while since we’ve chatted and A LOT has changed in my life. The main reason I took a little break from blogging is the time commitment. I started working four jobs at one time, and was also trying to apply for jobs. I just didn’t have the time or energy. So here’s what’s new…

I got a big girl job

My number one goal when I graduated from college was obviously to get a full time job with my degree. But even more than that…to have ONE job and nothing else.

At one point in college, I had so much going on that I was physically exhausted. School, PRSSA, serving at Roja, working at Scooters (only for two months) and working two internships. I remember times where I would be driving from one job to another and fighting to stay awake. It was bad.

A whole year went by after graduation (May 2017) and still no luck with finding a job. I send out over 30 applications and only saw a handful of interviews with nothing panning out. That kind of rejection wears on you after a while. Any time I would have an interview I would get my hopes way up and be crushed.

At the time I was working at Roja as a server, a communications intern at a nonprofit and a PR intern for an agency out of Kansas City.

It was nearing the year mark from graduation (Cinco de Mayo) and I needed to make a change. I kept telling myself and other people that I would quit serving at a year.

I had been debating on applying to be a teller for a while because I thought I would be getting a job I ~actually~ wanted. I decided to finally apply to be a teller at a credit union and started training two days after Cinco de Mayo.

This job was only part time, so I continued doing everything else for the time being. It was a good job, it treated me well, kept me busy and I made some good friends out of it.

Only four months into this job, I get a call from my friend, Caitlin…you may have seen her photos around here from time to time. Her boss wanted me to come in to meet with him to discuss a job opening they had. I headed over there, we chatted for about an hour and he offered me a job on the spot. He told me I could start tomorrow. Part time at first and still working everywhere else. If you’re keeping a total, that’s four jobs.

So that was that, I am now the Social Media Specialist for Verdant Creative. After about a month, my boss could tell that I knew what I was doing and offered me a full time position. My first big girl job.

One by one I quit all of my other jobs. After four and a half years, I worked my last day at Roja in mid October. Sure the extra cash was nice, but having weekends off after that long is SO much nicer.

In the end it really did come down to “it’s who you know.” I never believed it as much as I do now.

Dan and I FINALLY moved out into our own apartment and it has been the absolute best. A whole “home” to call our own and decorate how we want and do what we want. I love it.

It seems like everything I’ve done has been so last minute and that’s just the story of my life. Dan and I decided to move out, found the place we wanted to live and there was an apartment available to move into the next day.

I found out we had an apartment available while I was at work. Dan toured it and signed the lease all in the same day. I first laid eyes on our apartment when we were moving it. I WAS STRESSED. I had to pack up my entire room within a day and move it out. Do you know how stressful that is? …with the amount of clothes I have. Tbh I still haven’t moved all of my stuff out.

With Dan working nights, sometimes it feels like I live by myself. I’ve never experienced this amount of alone time before and I have to admit it’s really nice.

With the our own place came a new and different love for cooking. I have my own space, I’m never in anyone’s way and I don’t have my Dad hovering over me telling me there’s too much garlic or making sure I’m going to do the dishes when I’m done. I can just be one with my cooking, ya know? And of course I’m cooking through both of my Chrissy Teigen books and Danny’s not complaining AT ALL.

Another obsession I’ve gained (although not sure if my bank account would call it a gain), is candles. WHY did no one ever tell me how great candles are?! I was truly missing out. I bought so many votives and hurricanes as soon as I moved out and I love them so much. The thing is…my mom never allowed them because she thinks everything is going to set the house on fire. So now I’m going wild. It’s lit.

We got a kitten, and then another kitten

In October, we visited Felius — the new cat cafe — for my birthday. They serve coffee and let you play in a room with a bunch of kitties, which are all adoptable. A dangerous game to play my friends. Everyone knows I love all kitties and would take them all in if I could. One of my life dreams is to be able to foster. But Dan kept saying no to getting a cat, so we went there with no intentions of taking a cat home.

Well we took a cat home.

I am a sucker for a little orange cat. Dan and I fell in love instantly with our little boy, Arthur {Arthiekins, Arthie, Cheeto puff, Boo Boo, Arf, Arfa, Arth}.

I can’t tell you how obsessed I am with him. He’s like my first baby, the first cat of my own. I feel like the love I have for him is so much more than any cat I’ve ever had. When I first got him I literally wanted to be home ever second to be with him. He is the sweetest, most cuddly cat and loves EVERYONE. I love him so much.

Arth’s favorite activities include: playing in the blinds, staring outside for hours, attacking our feet when we get in bed and snugs.

He gets very lonely if we leave him alone too long and we were worried that he gets sad when we’re gone. So, we made the decision to get him a sibling.

On Wednesday, we went back to the cat cafe and came home with baby Aspyn, a 12-week-old black and white kitty. We really wanted to find a good, friendly cat that would get along with Arthur. She seems to love everyone and is a very aggressive cuddler. Arthur is still trying to figure her out, but he will come around.

In the coming months you can expect a lot of content centered around fitness, fashion, apartment living and my Miami and cruise vacation {only ONE MONTH away!} So stay tuned, and also let me know what else you’d like to see from me.

Thank you for following my journey! I’m so excited to get back to doing what I love.